Cemeteries usually fall outside the purview of this blog, but as New York City's great historic rural cemetery, Green-Wood (you can tell it's old because of that archaic hyphen, like the New-York Historical Society's) easily deserves an entry here. 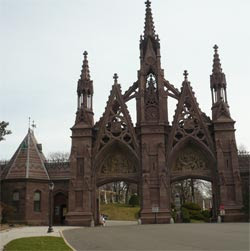 Loaded with beautiful landscapes, Revolutionary War history, and—oh yes—quite a few dead people (including a good number of famous ones), Green-Wood Cemetery dates from 1838. Its 478 acres became one of the nation's most popular tourist attractions in the mid-19th century, with half a million visitors a year, and according to its official website its "popularity helped inspire the creation of public parks, including New York City's Central and Prospect Parks." Like those parks, Green-Wood is enormous, lush, and topographically varied, as you can see even in these early-spring pictures before the full green of summer has descended: 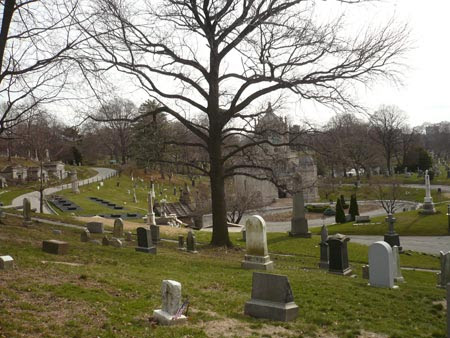 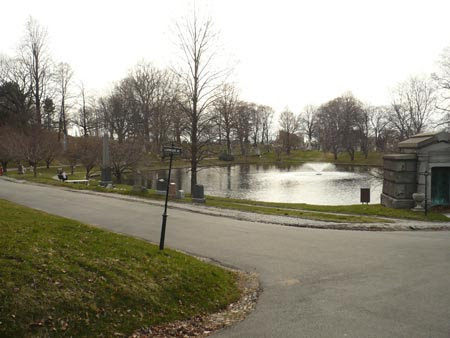 Re-enactors took over the cemetery last summer for a commemoration of the Battle of Brooklyn (also called the Battle of Long Island), 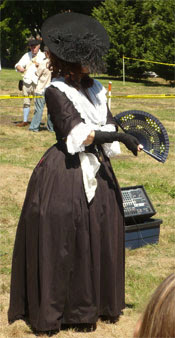 which took place in 1776 and resulted in George Washington and his army's dramatic escape to fight another day (considered a "victory" for the colonists at that difficult early stage of the Revolutionary War). It all happened here and in the surrounding area.

The cemetery also contains the remains of and memorials to Civil War dead.

This female re-enactor is dressed in the spirit both of Revolutionary times, and of this place, one of gaudy death as well as life standing tall. 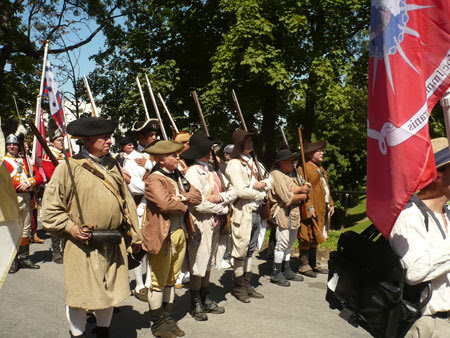 A quieter day lends itself to more solitary reflection: 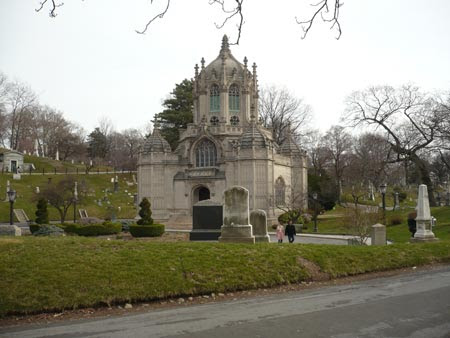 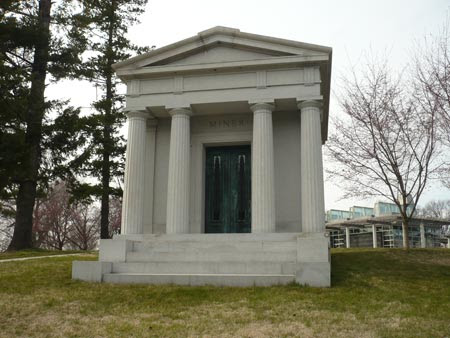 The cemetery is still very much an active place, home to any number of the freshly deceased...

…along with the long-dead, including (deep breath): 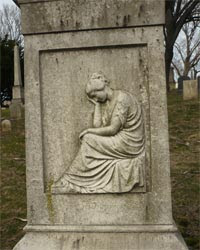 Summertime again, on the slopes of Battle Hill, which also happens to be the highest point in Brooklyn: 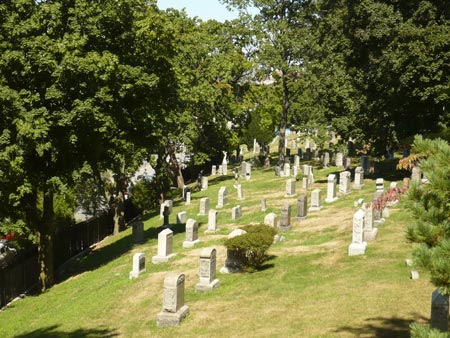 The photos here don't really convey the impressive beauty of the setting. Americans don't make cemeteries like this any more; there are only a handful like it in the country (another is Mount Auburn in Cambridge, MA). I've been here in almost every season, at many times of day, for all kinds of events and non-events (including getting locked inside once after closing...). Without a doubt Green-Wood Cemetery is one of New York's great outdoor spaces, and if you haven't been there, go. Just go on any nice day, or pick a day when there's an event—but leave time for exploring.
Posted by Jon Sobel at 4:08 PM