Bronx Park is huge, over 700 acres, yet you never hear about it. Why? Because most of it is taken up by the Bronx Zoo and the subject of today's post, the New York Botanical Garden.

I visited NYBG in the off-season (mid-March, to be exact), thinking that there might not be much going on other than the much-ballyhooed Orchid Show. After all, isn't a Botanic Garden all about flowers in bloom, trees in full leaf, and warm summer sunshine?

Well, no. It certainly doesn't have to be. For one thing, on a nice off-season day it can be about finding secluded paths and ponds and woods with practically nobody else around. 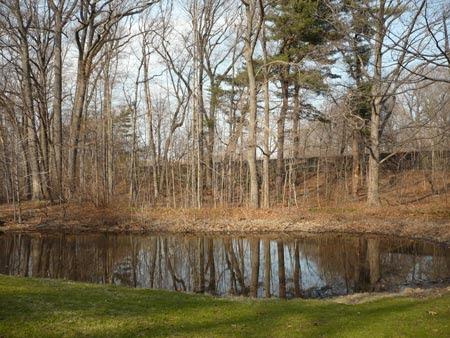 By contrast, inside the grand Haupt Conservatory the Orchid Show was packed with people: 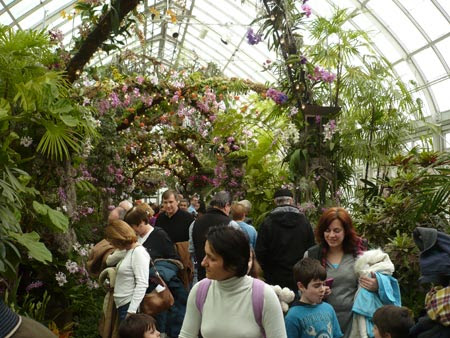 And, of course, with orchids. I'm no orchid expert, nor especially an orchid fan, but this show went some way towards converting me. They sure are sexy little buggers. 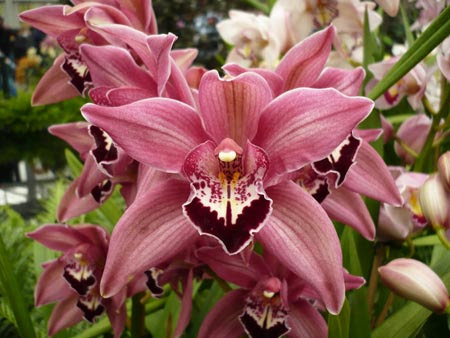 A few human souls took a break from the turgid flora and heavy humidity for some refreshing cool air by the pool in the courtyard: 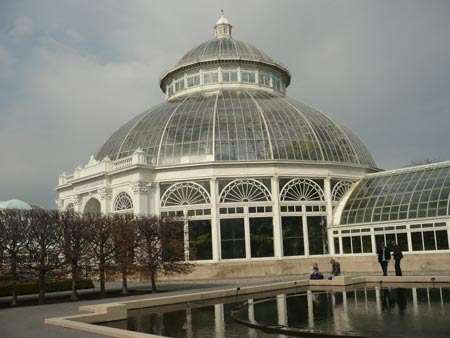 But for a true escape, you need to break out of the glassy domes of the conservatory and wander the vast grounds. There are some fine buildings here, like the Mertz Library… 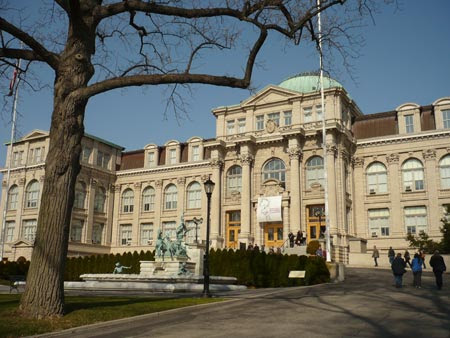 …and the Lillian and Amy Goldman Stone Mill, formerly known as the Lorillard Snuff Mill, a National Historic Landmark which dates from 1840. (That's right, we're talking about the tobacco Lorillards. They once owned most of this land. The City purchased it back in 1884.) 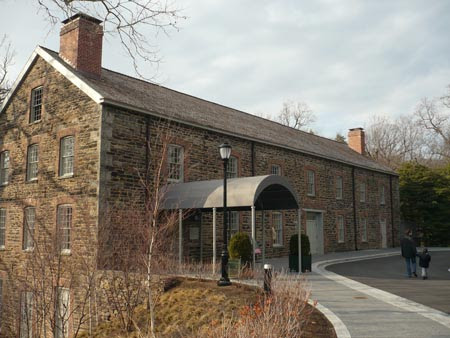 But this is, after all, a botanic garden. Plants rule here. Tobacco doesn't grow too well in these climes, but I spotted these perky little guys, who looked like they were just coming up. Are they wild onions? Wildman Steve would know, but where's Wildman Steve when you need him? 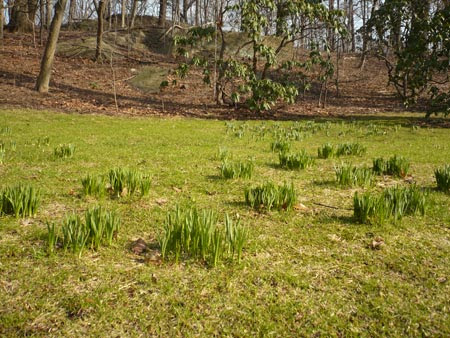 And then there's this never-logged patch of forest, some 50 acres dotted with trees some of which are over 200 years old. I didn't have much company on my March march through the woods, and had to wait a bit for some fellow humans to hike by so I could snap this photo: 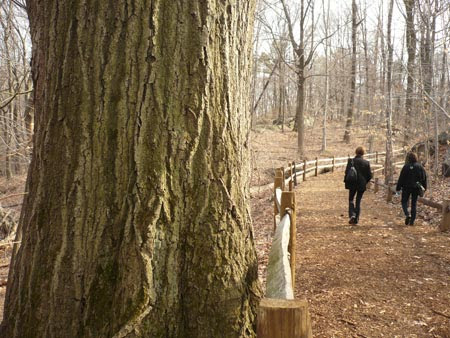 Just because we're in New York City doesn't mean everything's paved over. Evidence of long-term geological processes is never far out of sight. Glacier tracks on the rocks are easy to spot:

And while we New York drivers are quite familiar with the Bronx River Parkway, we rarely if ever stop to think that it's named after an actual river: the Bronx River, the only fresh-water river New York City has. We ought to respect it. We ought, at least, to know it exists! And you can look at it, and listen to it rush roughly by, right here in the Botanical Garden. 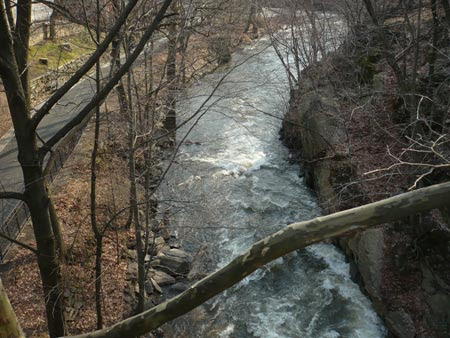 No doubt I'd get more colorful pictures from a summertime visit. The rose garden would be in bloom; there'd be a lot more flowers all over; the trees would be in full leaf; and the quantity of brightly clad children would be a lot higher. But if we wait till summer to enjoy the outdoors, well, that's a lot of sitting around inside. Way more than I can handle. I'll leave you with this shot of yours truly, rocking out as the sun goes down. 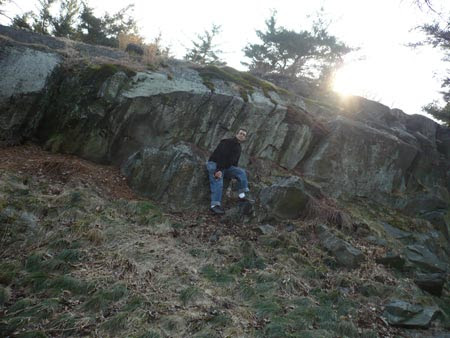